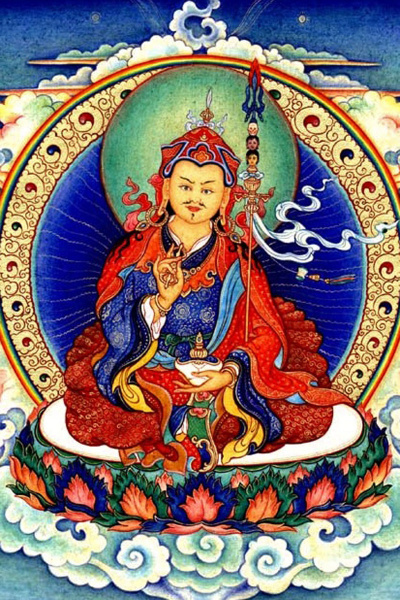 Is very revered, above all amongst the Nyingmas, who consider him as the second Buddha.

Towards the middle of the 8th century, King Trison Detsen invited the great wise one, Santarakshita from Nalanda, to Tibet so that he could help to spread the Dharma. Santarakshita could not succeed because Samye, the monastery that was being built was continuously being destroyed. Santarakshita suggested the King invite the great tantric master, Padamassabhava from Urgyen. Padmassambhava was the only one able to subdue these powerful forces that dominated that land. Padmassambhava possessed a powerful command of the arts of the mind. Soon he was to control them and ‘convert’ them to the Dharma. From that day onwards, they became protectors of the Dharma in a land where the teachings were to prosper.